These vehicles are equipped with airbags. Always disable the airbag system before working in the vicinity of the impact sensors, steering column or instrument panel to avoid the possibility of accidental deployment of the airbags which could cause personal injury. The yellow wires and connectors routed through the console are for this system. Do not use electrical test equipment on these yellow wires or tamper with them in any way while working around the console.

On models equipped with a Delco Loc II or Theftlock audio system, be sure the lockout feature is turned off before performing any procedure which requires disconnecting the battery.

(1)   Remove the shift knob or lever. On models with an automatic transmission, pry out the clip and pull off the knob.  On models with a manual transmission, simply remove the bolts and detach the shifter knob and lever assembly.  On 2000 and later models, block the vehicle's wheels and with the key in the Run position, move the shifter lever to the Neutral position for the console cover removal. 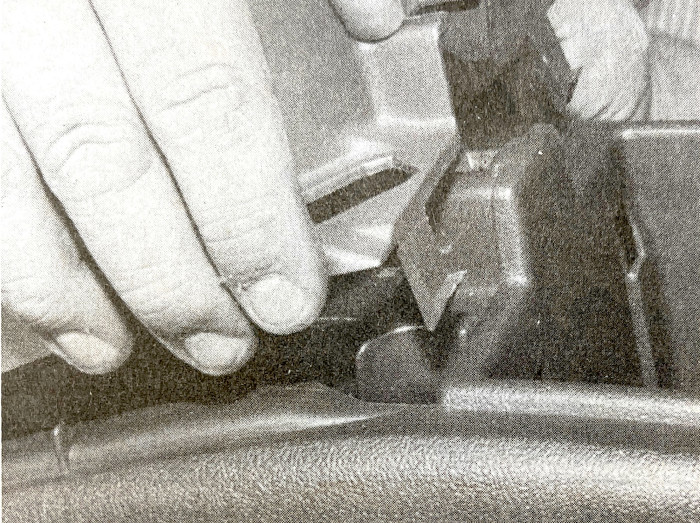 Remove the retaining screws, lift up on the rear edge of the shift plate and detach it from the console. 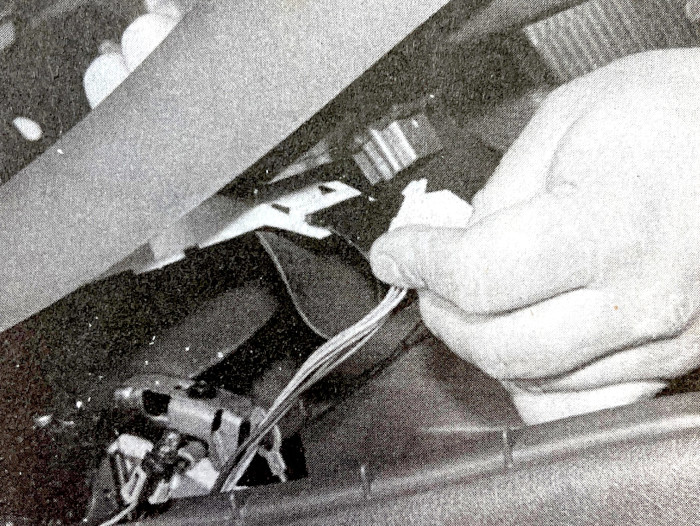 Unplug the electrical connectors and remove the shift plate. 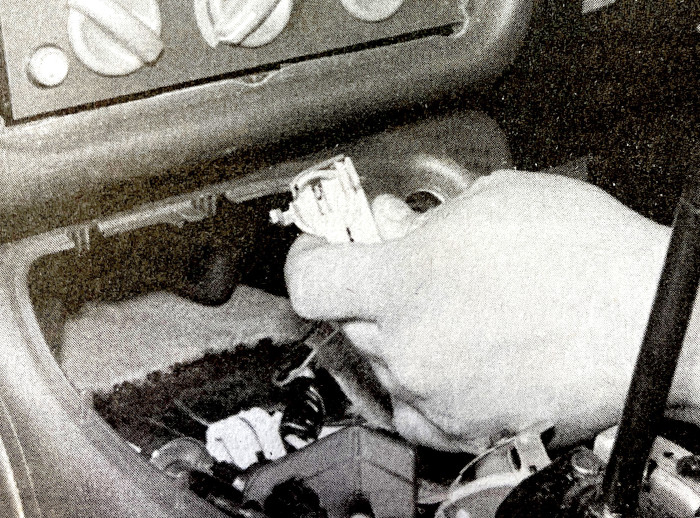 Detach the cigarette lighter from the console and any additional switch connectors.

(5)  Lift the console up and out of the vehicle (see illustrations). 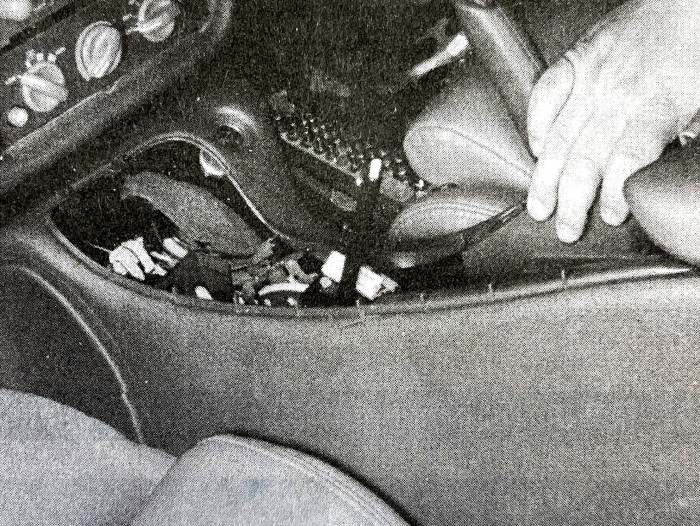 Remove the screws and pull the console back, then lift out.

(6)  Installation is the reverse of removal.