A common question we receive is:

My 91 or 92 Camaro (or Firebird) has an electric hatch release. When I hit the button the Pull down goes up, but then it goes back down..

What is causing this?

There is an arm that mechanically releases the latch when the pull down is going up, when it was triggered to go up by the electric release switch on the console. Without this arm assembly, the latch never releases. Therefore when the Pull down reaches the up position, it trigger the reversing switch while the latch switch is still in the down position. This tell the Pull down to pull "down". So, the Pull down goes up, stop very briefly and goes back down and shut off.

Here is an image of this part. 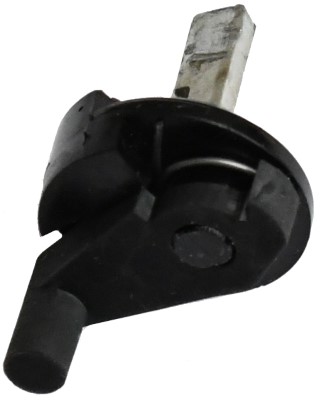 When closing the hatch, the hatch is put down into position to close the latch and the latch switch, this activates the pull down motor to pull down the assembly until the reversing switch is triggered, which stop the motor from running.